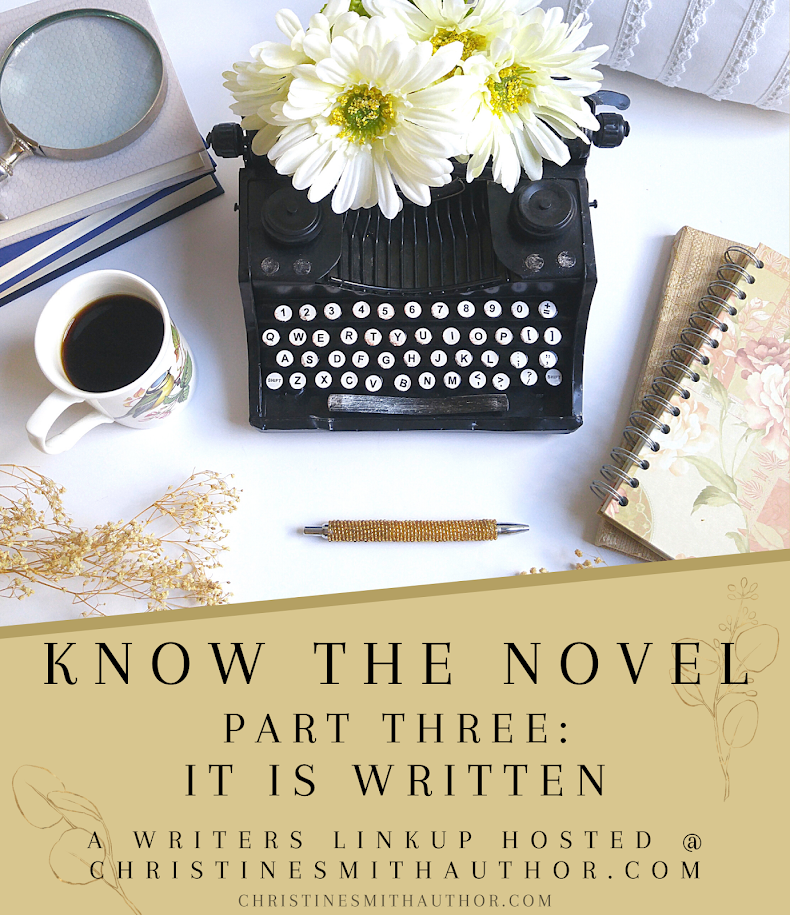 SUUUUUUUCCCCCCHHHHHHHHH a pretty graphic, would you all agree!!!!! *heart emojis*

ANNNYYYWWWAAAYYYSSSSS, I’m back with PART THREE in blogger Christine Smith’s Know the Novel series!!!!!!!!! WHOOOO!!!! I got it up sooner than I thought I would! I am pumped and ready to go! Find the details, if you’d like to join in, HEERREE!!!! So we’re all clear, I’m gonna be talking about my current WIP, Into the Lamp! A YA contemporary retelling of “Aladdin.”

It’s been sooo much fun. The characters are cool, the world is fun, and I’m just SO MUCH IN LOVE WITH ALL OF THIS!!!!!!!! Christine Smith’s been talking about her WIP on her site, and saying how the book she’s working on felt like the story that she was meant to write all along, and I can tell you I’ve been feeling the EXACT SAME WAY with my own WIP!!! Maybe 2020 wasn’t such a bad year after all!!!!! 🙂

I think that GIF’s soooo fitting, since it’s from Disney’s Aladdin movie and I’m gonna be talking about my Aladdin retelling!

1. Firstly, how did writing this novel go all around?

SO MUCH BETTER THAN I THOUGHT IT WOULD!!!!!! I mean, I had my moments where things didn’t move quite how I’d wish, and I had definitely hoped I’d be done with the second draft of this book by now, but I’m ALMOST there and what matters is I keep writing this thing until it is done! I just can’t believe how things are turning out with this story. Colin (the MC) isn’t listening to me as well as I’d like, but he’s making the story interesting for the most part. I can say there are few low moments in this book! ( 😉 )

2. Did it turn out like you expected or completely different? And how do you feel about the outcome?

Aahhh, the two question in one trick! I’ve had that pulled on me a few times. Christine is sneaky, guys. XD Better keep your eyes open with this girl! 😉 (I’m just joking for all of you who can’t tell. I know, I make horrible jokes, just ignore them and move on. XD) So, I mean most of the general plot idea stayed the same, but there were a few unexpected turns. .. (I feel like I’m so bad at answering these questions, but it’s fun trying to kick my brain into overdrive. 😉 ) I actually feel better than I EVER HAVE WITH ANY NOVEL I’VE EVER WRITTEN! I mean, this is just been one of the most exciting and fun stories I’ve EVER done guys. I don’t think I’ve ever known a character as well as I’ve known Colin. Plus this is the first time I’ve ever had a guy completely lead the story, and I was a bit nervous he wouldn’t feel like a real guy and more like some teen girl’s idea of how a guy acts. But I feel like he’s just very REAL. Like he’s gonna walk into the room at any moment.

3. What aspect of the story did you love writing about the most? (Characters, plot, setting, prose, etc.)

Aaahhhh, HOW am I supposed to answer this. I think it’s gonna have to be the characters. I mean I’ve got some of the COOLEST CAST EVER!!!!!!!! I just love getting to spend time with Colin and Genie and Chessna and I mean we could be here forever. Actually, I just remembered something I love writing more, but it might sound kind of strange. I love writing in Colin’s voice. The way he sounds and describes his thoughts and the settings. I have NEVER had such a character voice come alive like this before. It’s exciting and I LOVE writing in it. And I also feel like I’m finding my author voice. I don’t know, guys, this has just been SOOOOOOOO NEW AND EXCITING!!!!!!

4. How about your least favorite part?

Probably setting. I like my setting, I just never like how I describe it. Somehow, it never feels like its enough. And writing fight scenes. My books always have a TON in them, but it seems like, no matter how much practice I put in, they just don’t carry through strong enough.

5. What do you feel like needs the most work?

Ooof, we could be here all day with this one. When I look at ANYTHING I write, I feel the need to tear it to pieces. But one of the things I have been focusing a lot on, is my ending. I never make it just…enough. So, I put a ton of work into it, and I feel like that last climatic scene is really pulling through better  than any ending scene I’ve ever done. Oh, but, my fight scenes (as said above) probably need some work to them.

6. How do you feel about your characters now? Who’s your favorite? Least favorite? Anyone surprise you? Give us all the details!

FAVORITE CHARACTER!!!??? NEVER!!! XD I can’t pick favorites! But I do REALLY like Genie and Colin and Krew and Chessna. They are sooooo much fun. I think most people will like Genie the best, though. She’s definitely been the most fun to write!!!!

Ooooh, but I did end up making one of these graphic things for Krew (Colin’s cousin) that I haven’t shown yet, so here it is!!!!!!!!!

I’m serious guys, making these things are addicting. I have waaaayyyy too many that I wanna share with all of you. Maybe, one of these days, I should just do a post of all the graphic things I’ve made for Into the Lamp. Okay, for least favorite characters, I’m gonna say all the villains. I’m the kind of girl who just never connects with the antagonists, even though I try to give them relatable characteristics. They’re just creepy. *shudders* Oh, yeah, I’ve got a genie who wasn’t supposed to exist in the book suddenly show up near the end and had a VERY important role in the plot. Plus, Colin’s two friends are playing like absolutely NO role in this story, and I might have to cut them but I kind of don’t wanna at the same time, ’cause I got attached. We’ll see. Oh, but the really fun thing with ALL of my characters are their names. I feel like they’re sooooo cool and a few are unique. .

7. What’s your next plan of action with this novel?

I’ve ALMOST completed the second draft, so I need to finish that. And I’ve got a few gals I know reading the first couple of chapters to the story for advice, and then I’m submitting it to LITERARY AGENTS!!! I will hopelessly fail without a doubt, but it’s just kind of fun to TRY, ’cause you never know.

This is what all of you are like right now: Girl, you do know it’s VERY hard to get a literary agent, especially at your young age. Do you understand how high the odds are?

8. If you could have your greatest dream realized for this novel, what would it be?

My greatest dream is truly just for it to be published. I really just want to be able to hold a copy of my book in my hands. This has been my dream for a few years now, and I really hope one day for it to happen. But it would be cool if it happened with this book.

“The ones that no longer exist,” Chessna added, as if I needed a reminder. But then my brain’s wheels turned and clicked together. The truth that fell before me showed I actually did need the pointer.
I watched Genie while she continued her explanation, certain I had been lied to.

All I felt was a cold, sickening numbness. My heart barely beat, I rarely breathed. If Genie died tonight, it wouldn’t be because of a war. No, the blame lay with me.

And this is the last thing I’ve written so far in my second draft.

Chessna climbed onto a white mare. We were off. Another adventure awaited me.

10. Did you glean any new writing and/or life lessons from writing this novel?

Oh, yeah. I’ve learned a ton from this story. For writing lessons, I’ve really learned a lot about the importance of a strong character voice and vivid descriptions. But I think one of the biggest things would be that it doesn’t matter how far your story is at right now or what’ll happen with it next. What matters is to write. Whenever you can. It doesn’t have to be perfect the first time, it doesn’t have to be words that make sense, it just has to be SOMETHING. And, if you have written anything whatsoever, then you ARE a writer. Maybe not a published one, but YOU ARE a writer. And that’s what matters most. And when you’ve got some super supportive friends (A.K.A. all of you who comment on Teen Writers’ Nook), it just makes every thing easier and more fun! So, THANK YOU!!!!!!! ALL OF YOU!!!!!!!!! I probably would’ve given up on this story by now, if it wasn’t for you!!!!!!! Though I’m a writer, there’s just some words you can’t find to explain how much something (or someone) means to you. I honestly don’t think there is a single word in the dictionary that describes how grateful I am for EVERY SINGLE ONE OF YOU!!!!!!!!!!!!!!!! I can’t list all your names (we’d be here a while), but if you’re reading this, then know you are one! <3333

Well, that wraps everything up for me today!! Talk to me in the comments: What’s your thoughts on my story? Any lessons YOU’VE learned lately from your writing? How’s your writing going? Any major accomplishments? I wanna hear ALL about it!!!!!! Just curious to see if my theory about Genie being more liked is correct: from what you’ve heard or read so far, who would you prefer to spend a day with: Genie or Colin or none of the above? XD Also, guys, if you read this post and liked my story idea would you please let me know in the comments. I just wanna see how many people might actually find it interesting (to see if people want to read Aladdin retellings or if it’s just me)! Thank you!!!!!!!!!

I guess I should leave all of us with a last piece of knowledge. So, this is some good solid wisdom to ALWAYS remember below.

Issabelle Perry is a devout follower of Jesus Christ and an extroverted published author of YA fantasy. In her spare time, you can find her reading, blogging, graphic designing, bullet journaling, hunting for Narnia in wardrobes, or envisioning herself wielding a magnificent sword (but due to her clumsiness, let’s hope that never happens). Issabelle is a Skillet Panhead, LOTR and The False Prince fan, and a self-proclaimed exclamation mark enthusiast. Her work has been featured in the Change the World anthology, and she is the editor for the Imagine Anthology. What she's probably doing right now is fangirling about her favorite books to random people or scanning the pantries for chocolate.

“To love anyone is to risk.”

~The Lost Girl of Astor Street by Stephanie Morrill